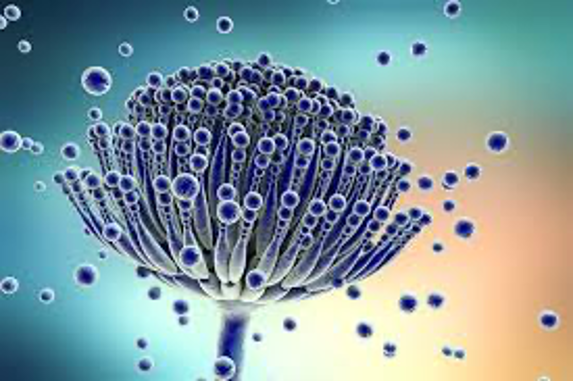 We are happy sailors on the Guadiana river. But happy or not, above the 30th degree latitude the winters are cold. It gets wet, also on board. A first sigh, a complaint. But the moment the first mildew or mould pops up, sailors start to fight the moisture with dehumidifiers and dripping boxes, with bottles of bleach, mighty moisture catchers, and fans and vinegar…. But not the smart sailors. They don’t need to, they prevented it. You want to know how?

Here we reveal this.

The problem, the battle, and nature

Humid air feels uncomfortable. Living with moisture on board is like living in a shed. A humid cabin is difficult to get warm; it can easily double your energy costs.

So far you can survive. But once in November the first mould and mildew pops up, you are in shit. You smell it. You start sneezing. It feels unhealthy, and it is unhealthy. So, you start to fight it. You want to fight? The market offers you an endless arsenal of tools.

Here’s an article on how to spend your money. On  12-volt fans and wind scoops  to make Jeff Besos richer, or buy this if you want to make him richer in a more fossil free way. The ultimate arm is the dehumidifier,  because it has it all. This piece of technology costs serious money, it takes lots of space on your boat, and it consumes a considerable amount of electricity. And as a surplus, it needs maintenance, so you also have to work for the thing.
Not done yet? Here are plenty more arms to fight moisture, so don’t worry, you can fight endlessly.

In April you will think you won the battle, but you will experience reality when you go for your first sail and you open your sail bags. Black mould on your spinnaker, and sometimes even multiple servings of mushrooms in your sail bags and sails.

So, who won the battle? Nature!

If you battle the effects, good or bad, nature will win. For example, if you want to get rid of the effects of using fossil fuels, such as getting rid of the noise, the smell, the CO2, NOx and SOx, the fine dust, the worsening future for your children, then most people start to fight it. Then, the solutions are mostly paired with an awful lot of work and costs, and with slick but expensive technologies. And often you end up with half solutions and new problems. Don’t fight nature, because nature always wins.

The best way to have no moisture is to prevent it. Just like we do on the Ya with the fossil fuel: we don’t like the effects of it, such as the noise of the engines, the smell, the bad future for your children, so we stopped using fossil fuel. Instead of the battle, prevention is like peace.

The preventive solution is not well known, because it is not exiting. There is nobody battling or working his ass off, and many times there is not even a demanding, complex, or expensive technology. A preventive solution is mostly a silent and cheap solution. There is actually nothing happening at all. For example, in case of a fossil free solution: there is no noise of an engine, no smell of fumes and diesel, no pollution of the lethal fine dust. You don’t hear, smell, feel, or even see the solution on the Ya. And, back to the moist, you can hardly find the moisture on the Ya.

How moisture is created and how fungus follows.

To start at the end of the physical process: moisture is condensed damp. Vapor is evaporated water floating in the air. Vapor condensates by three conditions:

It looks like this is a lot, but there is much more created by your gas (butane, propane, methylated spirits) stove in your galley or kitchen. Every liter of gas will create an average 7 liter of vapor!

You usually cook when it starts getting cold outside, so you keep the cabin closed. The vapor fills the air and goes into your mattresses, pillows, sleeping bags, linen etcetera. The vapor does not condense yet, because the temperature of the air and of the boats skin is still warm.

Inside the boat, all people breathe. Each adult in total exhales about half a liter of water till the next morning.

During the night everything cools down. The cold air hits the windows and the skin of the boat. Then, the vapor in the air cools down and condenses, leaving a film of water on everything. It gets into your cushions, your cloth and if a lot, it leaks down between your carpentry.

What helps is to evaporate it again. You can do that by heating up and by ventilation, to blow it away. That works on the open surfaces, but in cushions, corners and carpentry the moist remains. This is the ideal habitat for mould and all sorts of mushrooms and funguses.

Check here for the diseases mould brings you. The very moment you smell the first mould, it brings up the instinct to battle it. Don’t. You will lose it. Do better: clean up and prevent it from now on.

How Ya prevents moisture

We cook with a water cooker with automatic stop. So, the steam is limited to perhaps 10 seconds. The bulk of our food, we cook in a pressure cooker. The moment the pressure is on, we put the cooker in our ‘hay box’, an insulated box, where it slowly cooks till it is done. No steam at all. Most important is, that we don’t cook on gas. With the luxury of the electric engines/dynamos, we have a big battery bank. So, we have plenty of energy to cook with an induction cooker instead of a gas stove. This truly saves a lot of vapor.

The vapor we have while cooking, we let go directly through an open hatch. Cold is not a problem, because we have a hull with a panorama window. So, in the late afternoon and early evening, the sun shines in fully and heats up our cabin. This way, we can start our evening with a low humidity.

Every morning and evening the sun comes in abundantly and quickly the temperature rises to a comfortable level.

However, you can prevent what you want, also in the Ya the vapor builds up with every time we exhale. The two of us blow a liter of water into the air in an evening and a night. So, every morning we open all hatches and ventilate well, for about half an hour. This is refreshing.

Moisture can accumulate in all closed areas with still air. So, we have put little vent outlets under every couch and cupboard. You drill a hole of 4 cm and glue the outlets in.

But the real miracle is that we don’t have any moisture, mould or mildew on the carpentry, the ceiling, or anywhere else on the skin of our cabin. For many sailors this is a miracle. This is the miracle created by the insulation. It is 11 cm thick PIR foam and this makes the skin better insulated than the walls of a regular West European house. In The Miracle of Insulation you can read all details.

Windows on the Ya and what we do

All windows and hatches are single glazing . While here, in wintertime, they should be at least double. I remember I discussed this with the manager of the marine glazing company, but he only looked at me with glassy eyes; this was perhaps too visionary.

So, during this winter we simply put a cheap bubble plastic on the hatches and port holes with some tape. We still have the light, and the heat of the sun through it.

For our long single glaze (polycarbonate) windows, we simply accept that we take 5 minutes every morning to strip the condensation off. We remove about a quarter of a liter.

The top of the locker of the sails is not thickly insulated, and it has an open connection to the cabin. So, slowly, our sail bags get humid. When the winter sun shines and the sky is blue we put the bags open on deck. In that environment the air is extremely dry.

The mystery of moisture revealed

Moisture on board is caused by adding vapor to the air, that will condensate on cold surfaces. This is a great habitat for mould, mushrooms and other sickening stuff.

Fighting the moisture costs, time, money and is never ending. Best way is prevention. Prevent by:

·       No combustion of fossil fuels inside. Especially gas cookers are very energy inefficient and create a lot of vapor.

·       Insulation. The more seriously insulated, the better things stay warm enough to prevent condensation on it. Check here how it was done on the Ya.

·       Ventilation. Refresh the air in your cabin and let the wind blow through it for a while. And put ventilation holes under your cupboards, berths, closets.